My nephews did a little science experiment this week. You know how cut flowers continue to “drink” when placed in water? If you have white flowers and put food coloring in the water, you end up with colored flowers! The experiment demonstrates transpiration, cohesion, capillary action, and all that jazz. They used Queen Anne’s Lace and blue and red had the best results. Take a look!

Wow, can’t believe it’s been almost 3 weeks since the event! Nike Women’s Toronto 15k is a pretty impressive from a logistics perspective. 10,000 runners (from over 20 countries) converging in Toronto to take ferries to an island to run a loop. In addition to all the runners there were all of the Nike employees/food vendors/park crew/medical crew/police/airport workers/volunteers to organize. Not that I’ve been in a lot of big races but this was by far the smoothest race logistically I’ve been in.

Arriving on the island, there was so much to see and do before our wave (wave 6) went off. Making our way to bag check we passed an amazing drum core, hydration stations, food stations, medical tents, heat sheet tents, temporary tattoo stations, stretching areas, etc. When we had 45 min before the race started we shed our layers, checked our bags, and got in line for the bathrooms. After only 25 minutes we were finished with our pit stop and stepped outside into…sprinkles. Cold sprinkles. None of the lovely spring/summer warm sprinkles, cold sprinkles with overcast skies. Then the cold sprinkles turned to cold rain. We grabbed heat sheets and headed to our corral. The heat sheets were wonderful and made the wait bearable. They kept our heads dry and upper bodies warm enough. Unfortunately that left our legs exposed.

We waited in our corral in the rain as the first wave went off, then we all moved up and waited for the second, third, fourth. While we were waiting for the fifth wave to start the rain cleared up and we had some blue sky! We shed our heat sheets and after a few minutes we were on our way! We made the mistake of starting in the middle of our wave. We got hung up behind a lot of people who misjudged their speed during the first mile. After the first few kms of paved road, we transitioned to an off road path with decent footing (no ankle turners!) Another km or two and we were back on paved road, turned the corner and there was the airport! We got to run on one of the runways, with a plane taking off, and Toronto in the background! Most of the rest of the race was on various paved paths on the island. It was wonderful having the varied scenery that the island provided. There are so many distance races that are so strung out you can go miles without seeing a spectator. Here however, there were people around pretty much all the time. There were the usual water and medical locations but also a few not so usual. There were two drum cores and 2 miles from the end, a gospel choir. What a good way to raise spirits and stay motivated! There was a section where a bunch of cancer survivors were cheering us all on and a bunch of people with signs (favorite being “sexiest parade ever”) A favorite of ours was the random spectators giving high-fives. As Brenna said, I’ll never turn down a good high-five!

One of the difficulties I had was pacing. Without having done a lot of (long) training runs I didn’t know what pace I should try to maintain so I tried to go with what felt aggressive without being killer. Brenna had forgotten her watch at home so all we had to go on was the mile splits I would call out. Talking after, we were both having the same internal struggle of this is tough and I want to slow down/walk but she isn’t so I can’t! By time we got to the last mile-ish we were on the boardwalk running right along the water, so beautiful! We really picked up our pace for the last mile and then again for the last km and did an extra push when we saw the finish line! It felt so good crossing the finish line. Tired and happy 🙂 We grabbed some water and finisher snacks and headed to get our finisher pendants. The cool thing about the Nike women’s races? Instead of the typical finisher’s medals, you get a Tiffany’s necklace!

And two minutes later it started raining again. We grabbed used heat sheets and, shivering, got our bags from gear check and headed back to the ferry. Once on land we made a soggy slog the Nike Women’s Village for some finisher’s gear, then back to the car and our drive home. Another fine adventure and good time!

Here is the break down of our actual run:

I’m still searching for a photo or two for my race report of the Nike Women 15k in Toronto so in the mean time, here is what happened Saturday.

We got to sleep in!!!!! Considering jobs, dogs, cats, misc housework, projects, husband (me), boyfriend (her), stress, life, etc, sleeping in and feeling rested isn’t really something that happens often. After getting up we hit the continental breakfast. Something great about Holiday Inn Express is their hot cinnamon buns. Yum! Post breakfast/showers/general getting ready activities we left our hotel and headed to the Harbourfront Centre. Something nifty about the 15k is that it’s a loop set up on Toronto Island. Which means organized ferry rides to get roughly 10,000 runners to the start. Brenna had selected our hotel based on it’s proximity to the ferry. It ended up being an easy mile walk. Something to help work out some nerves in the morning without tiring us out!

I’m not sure if Toronto is bike friendly in general or if this is just something they have by the lakefront but there was this separate 2way bike lane next to the Queens Quay road. As someone who bikes/runs/has other outdoor interests I think this is a GREAT idea. Something else great about it, the maple leaves we saw workers spray painting.

As we started getting closer, there were more and more athletic looking women and a general air of excitement. There was a building that the Nike folks had decorated a bit. There were a bunch of pillar/column type things that had the 15 things to remember when running a 15 k on them

with a runner definition in the front

After making it to Nike’s Women’s Village we picked up our race bibs, race shirts, and ferry tickets. Next we checked out what other Nike stuff was happening. There was an area you could get your picture taken with a map of Toronto Island and the route. Which we did.

They had a stride analyzing crew. Which we didn’t do. And then shopping. Which, we obviously needed shirts that say We Run Toronto with the race info. After all the shopping and having a relax day, we were hungry and found a restaurant that overlooked the water. It was a beautiful hot sunny day (why did I wear jeans?) and the obvious food choice was a cheese and charcuterie plate, salads, and wine (me)/beer (Brenna). By time we did a bit more shopping and mosied back to the hotel it was time for us to pick a place for our pre-race dinner.

We decided on an Italian restaurant a few blocks from our hotel. We had a tasty pasta meal with a carpaccio bread appetizer (that somehow came out after our pasta) and split a bottle of wine. All were tasty and excellent choices.

After getting comfortably stuffed and sufficiently carb loaded (best part of the days leading up to a race) we headed back to the hotel to pack and get ready for our early morning wake up. All around a good relaxing pre-race day. And we saw this sign across from the elevator. Not really sure what it means…

The eyes are the window to the soul. These posts show a bit of who I am, what I'm doing, where I'm going, with lots of pretty pictures along the way. 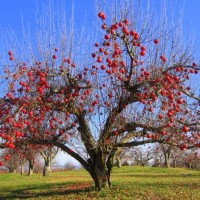 this and that and how i see things

Our Next Big Adventure

The latest news on WordPress.com and the WordPress community.

this and that and how i see things

My words and everything else :)

Quest of an Amateur